Recycled Firefighter makes wallets and notebook covers from fire hose that’s been taken out of service. It’s run by Jake, a firefighter in Kentucky, and he sews a lot of fire hose. Some products come with a back story, a note explaining which fire hose was used and why it was taken out of service. These hoses have served anywhere up to 20 years before failing a safety test and getting tossed out.

The Inspector is Jake’s notebook cover for Field Notes size notebooks. I’m using mine for a Word Notebooks mood log and my task list. This is the version 1 Inspector: 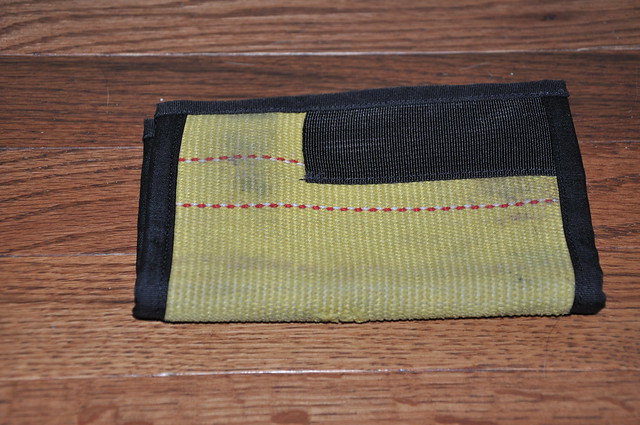 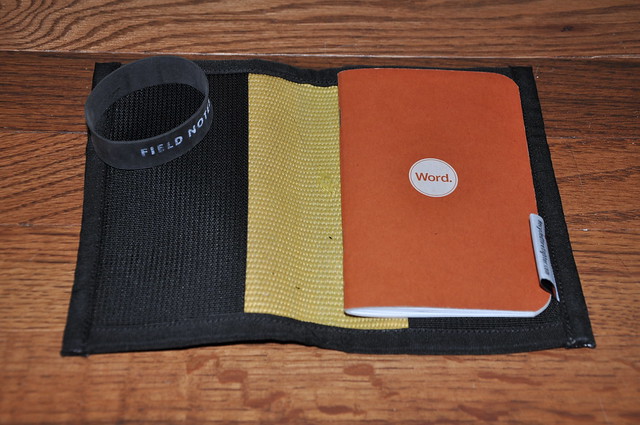 It’s edged with Mil-Spec (military specification) black nylon webbing. It has a slightly stretchy pen holder on the front cover made from the same material that’s used inside for the two flap covers. Mine is made from yellow fire hose that’s seen serious use, it’s got scuff marks on it and some dirt for character. There’s a scuff on the spine, but I’m not expecting that to develop into a hole because this fire hose is thick and tough.

I’m not a fan of pen holders on notebooks, so I’m not using that part, but it easily accommodates my favourite pen, a titanium Mover from Will Hodges at Tactile Turn. The yellow is easy to find in my backpack, and I’ve used an eminently replaceable Field Notes Band of Rubber to hold it closed, but it’s not necessary. I like that this cover has no parts that can wear out, or get loose and saggy. My notebook is safe inside.

This is the v2 Inspector, and the orange just pops! I think this is a much younger piece of fire hose. 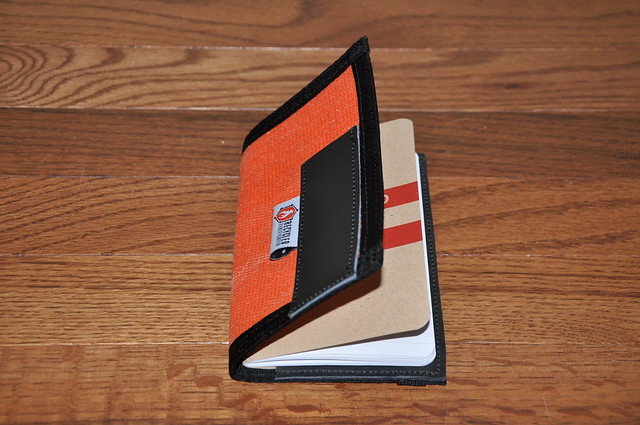 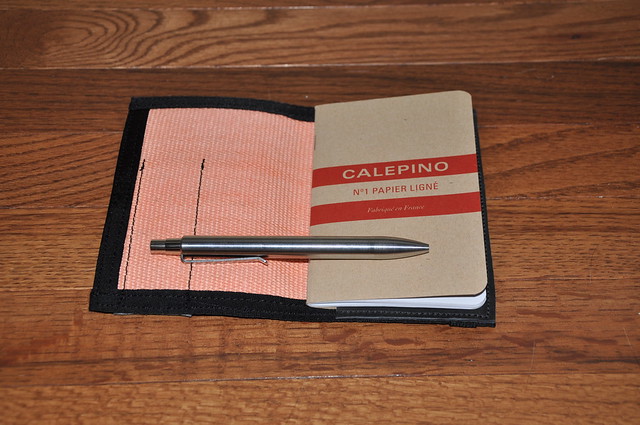 This version has a leather pen holder, I can get my Mover pen in but right now it’s a tight fit. The biggest difference between the two is that the v1 had two flap holders on the inside, and the v2 has just one, made of leather, holding the back cover of a Calepino notebook (far better paper for fountain pens than Field Notes, mine came from CW Pencil Enterprise). The v2 also adds an elastic strap to hold the cover closed, that is sewn into the back of the cover and would work like a Moleskine or Rhodia strap. The Recycled Firefighter tag is on the outside of the v2, and on the inside of the v1. The v2 is smaller and thinner, and feels about the same weight.

This is the two of them, side by side: 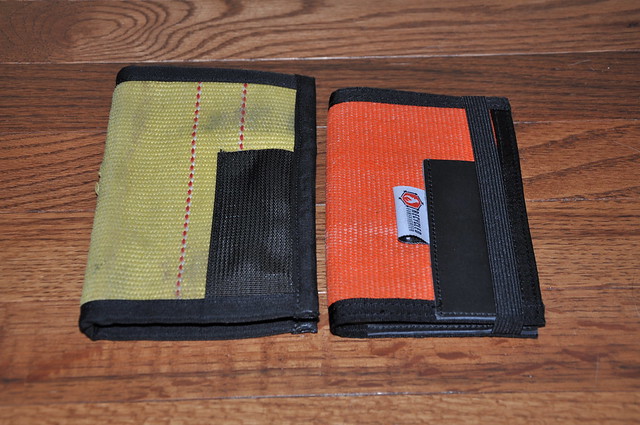 I plan on using both, but I think my favourite is the v1. A hybrid v3 where you add a second notebook flap to the v2 (and ditch the elastic strap? Please?) would be about perfect, but for my use, the v1 feels like it was built to withstand a tank attack, where the v2 has a moveable part (the strap) with a shelf life. Also, I could fit two notebooks in the v1 if I wanted to, and the v2 can only carry the one.

The finish on both is excellent. The sewn lines are straight, there are no loose threads, the ends of the webbing are melted so they can’t fray. The leather smells great, it’s not too thick and it’s soft. Go support a firefighter, get something made by hand not by machines, and help salvage some fire hose.